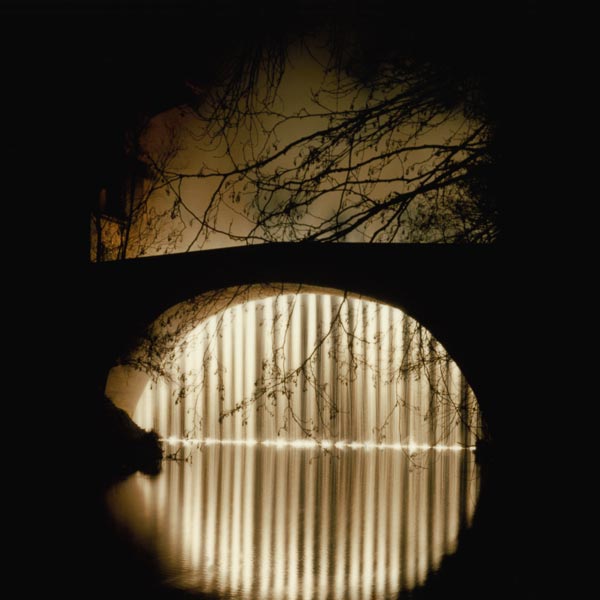 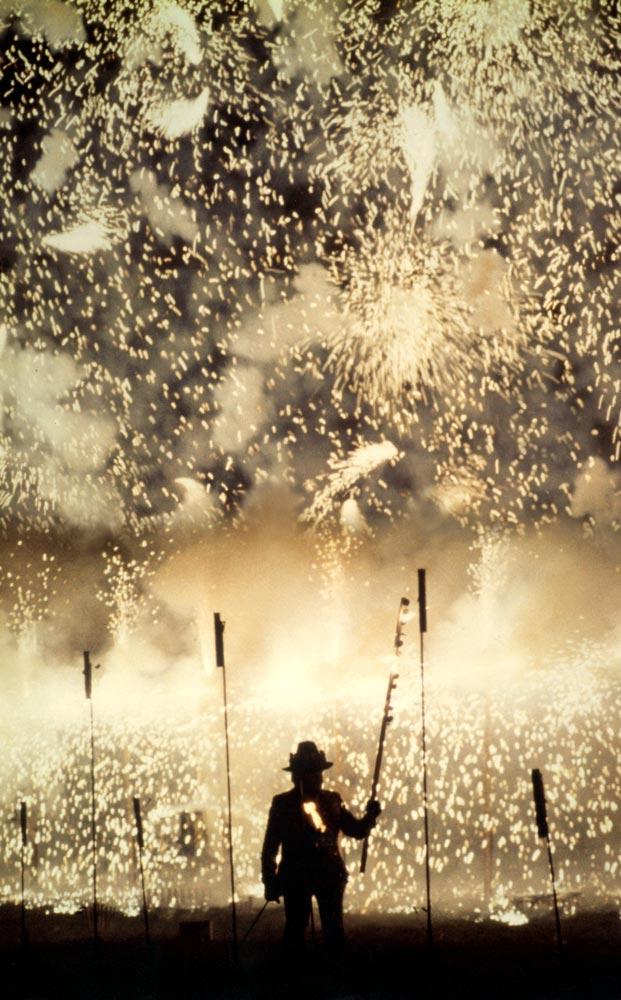 I reinvent myself every night.

A fire tracer ball as less dangerous as it is portable and all the more mysterious.

Then the pleasures of nightfall produce a myriad of sparks in movement. 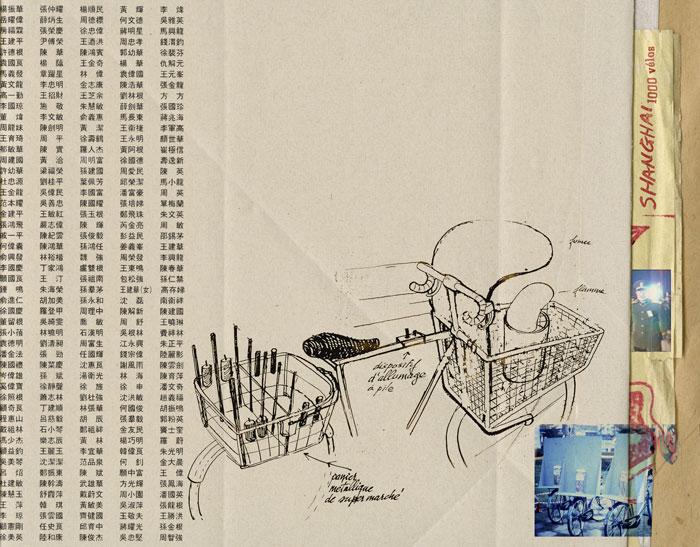 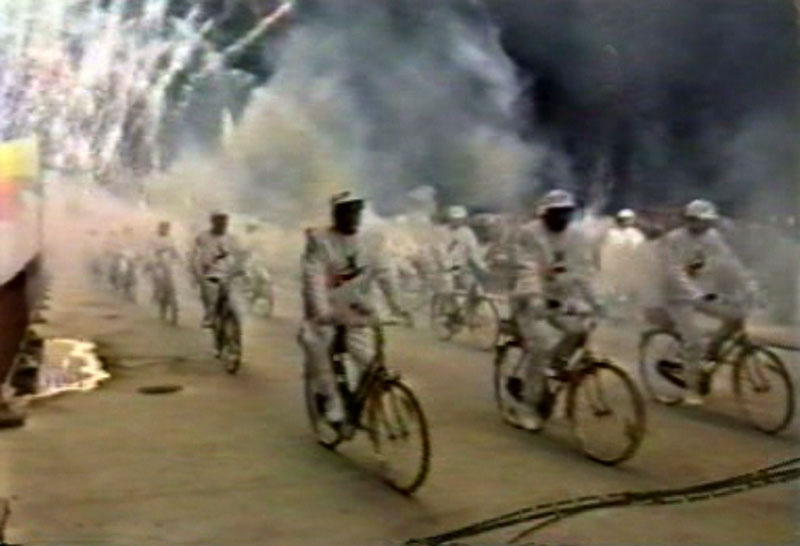 The elaboration of a firework bomb is very similar to the blooming of a flower; in Japanese, we say « flower of fire » for the firework. Hence the appeal to place these chrysanthemums on talking trees; woods, forests, and parks. 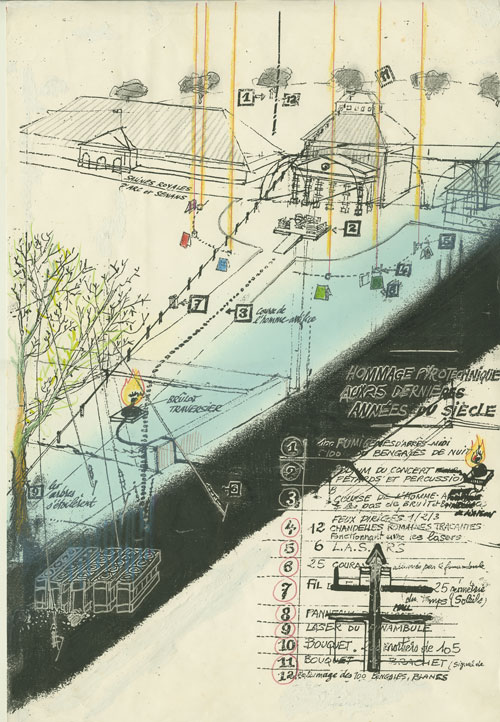 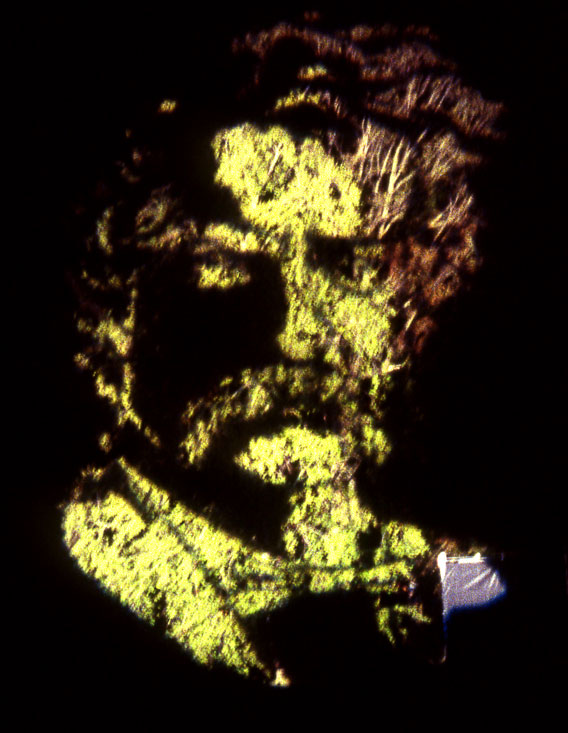 Water can be made to glow by the reflections of low-powered firework bombs bouncing off the quiet surface of a river. 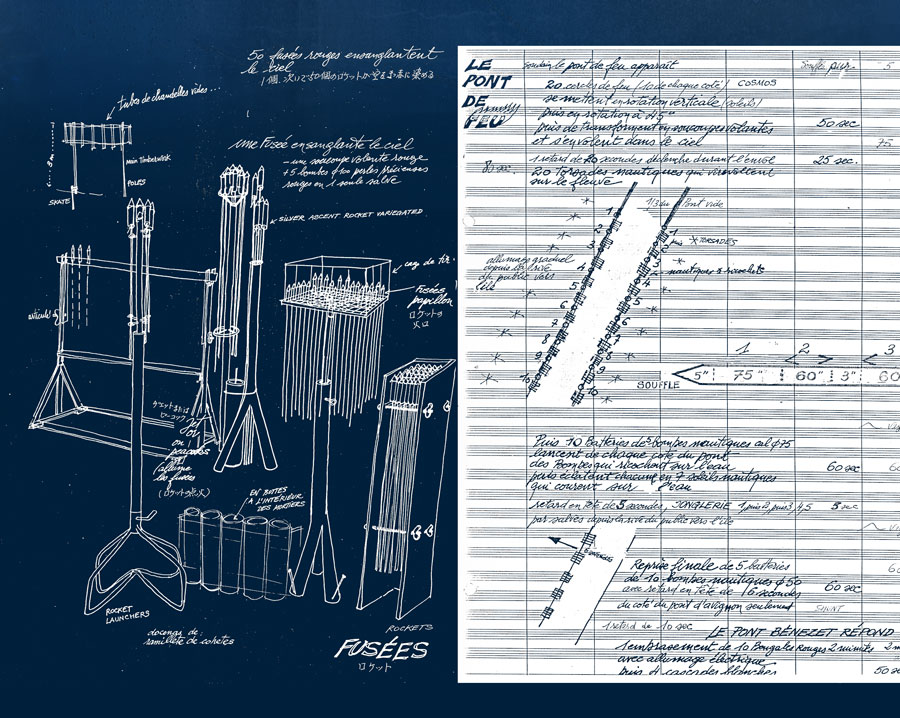 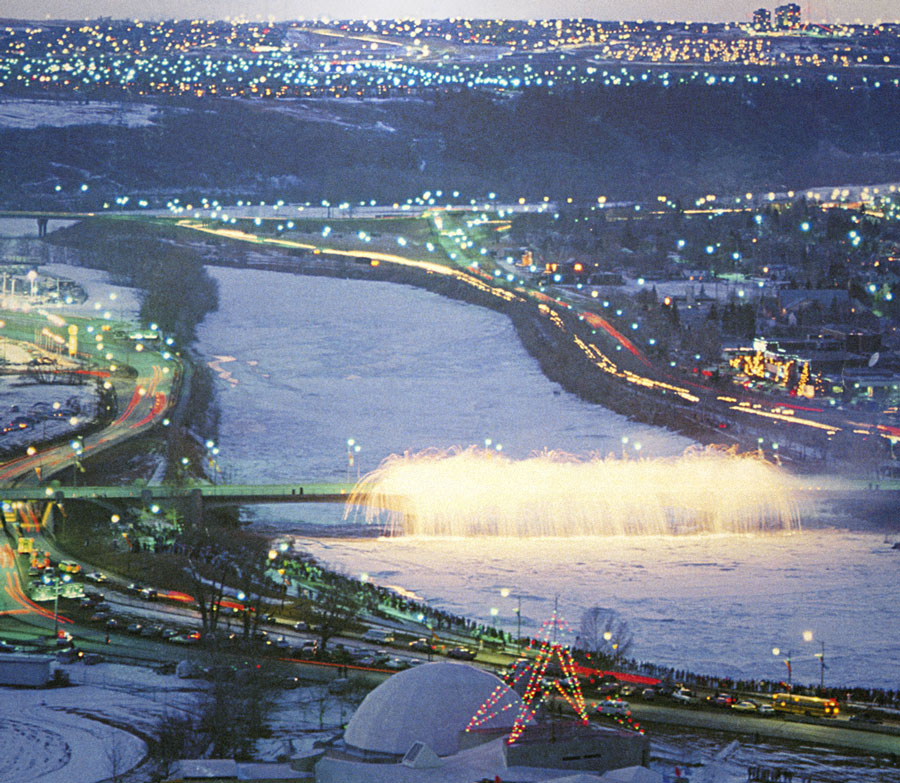 While observing the photos (negatives) that were taken during his shows, he had the idea of firing dark fireworks against a background of blue sky. 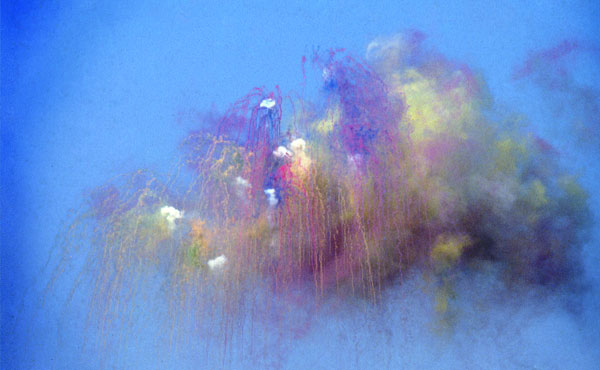 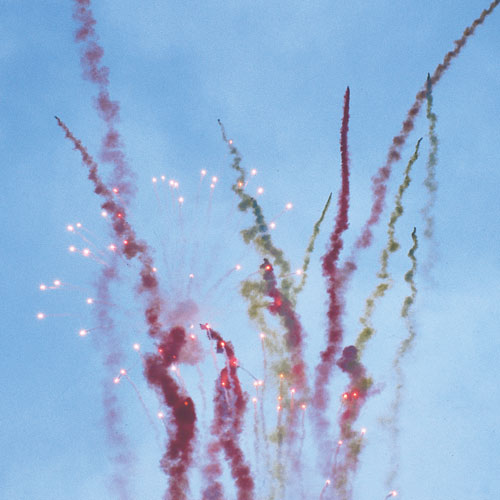 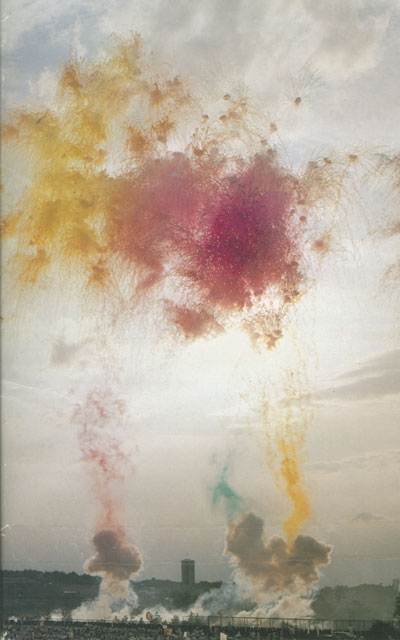 His research on particle physics led him to study photons and research the miniaturization of sparks. We are going beyond what is visible! 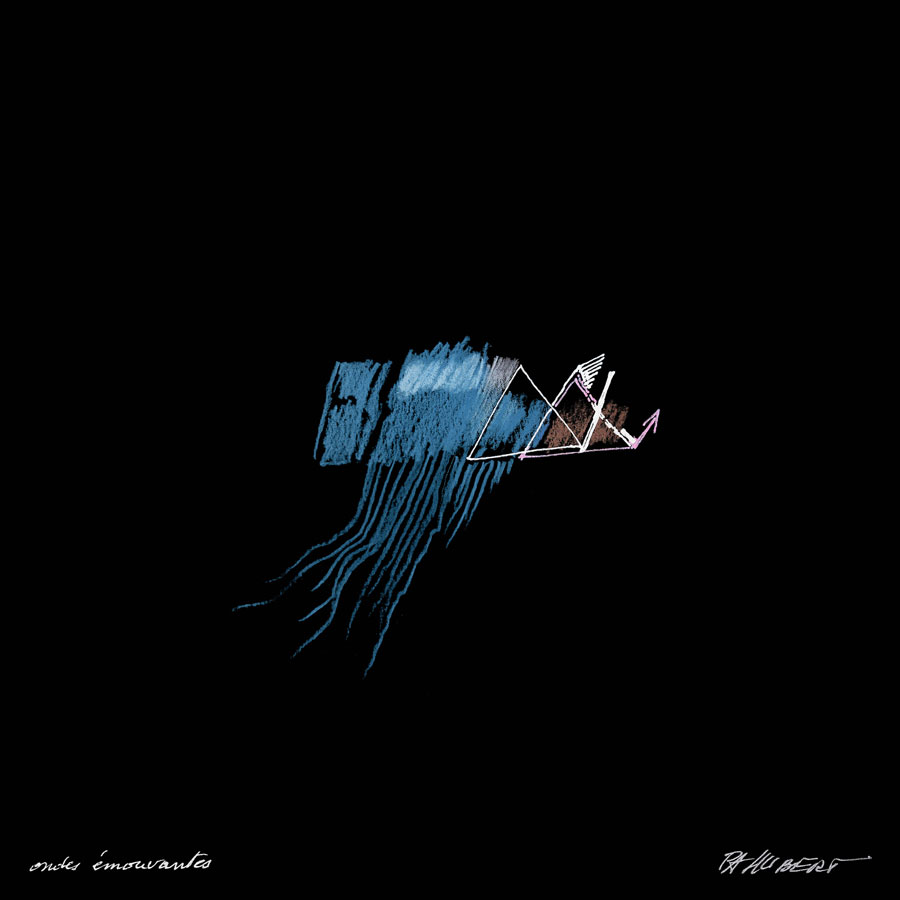 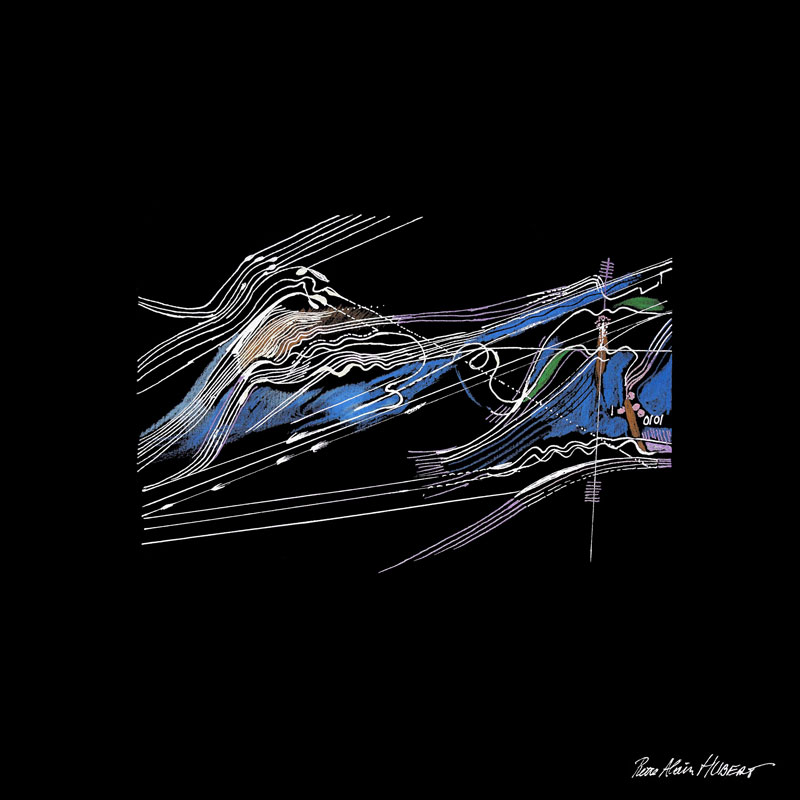 is considered to be one of the greatest pyrotechnical artists of our time.

For more than 50 years, his spectacular creations have fascinated spectators worldwide, from Athens to Zimbabwe.

In his own words, his exhibitions are « an opera of lights where fireworks

play an important role », but that’s not all…

An architect by training and famous for his ability to interact and inspire his surroundings, whether it be the Palace of Versailles, the palace of Ceausescu in Bucharest, or along the Great Wall of China, his creations are never just fireworks. « Fireworks are a possibility », the music, the fire, and especially movement all play a vital part in his exhibitions.

Hubert thinks that fireworks without movement are boring. Water skiers with rockets,

helicopters erupting with fireworks or even 1,000 choreographed cyclists with 2000 moving wheels to symbolize China’s bid for the Olympics, nothing is ever too spectacular.

the beauty of his sky paintings.

« Fireworks with soul, » says Pierre Alain Hubert, « A painting needs to speak; I have

that one chance to make an impression on my audience, I’ll pay attention to the moment. »

Because he loves people and because his creations are made for large audiences, he’s regularly showcasing his displays of happiness across the world, which, when scaled to the « kilometer, » are visible to crowds all over the world.

Student of the Ecole Normale Supérieure.